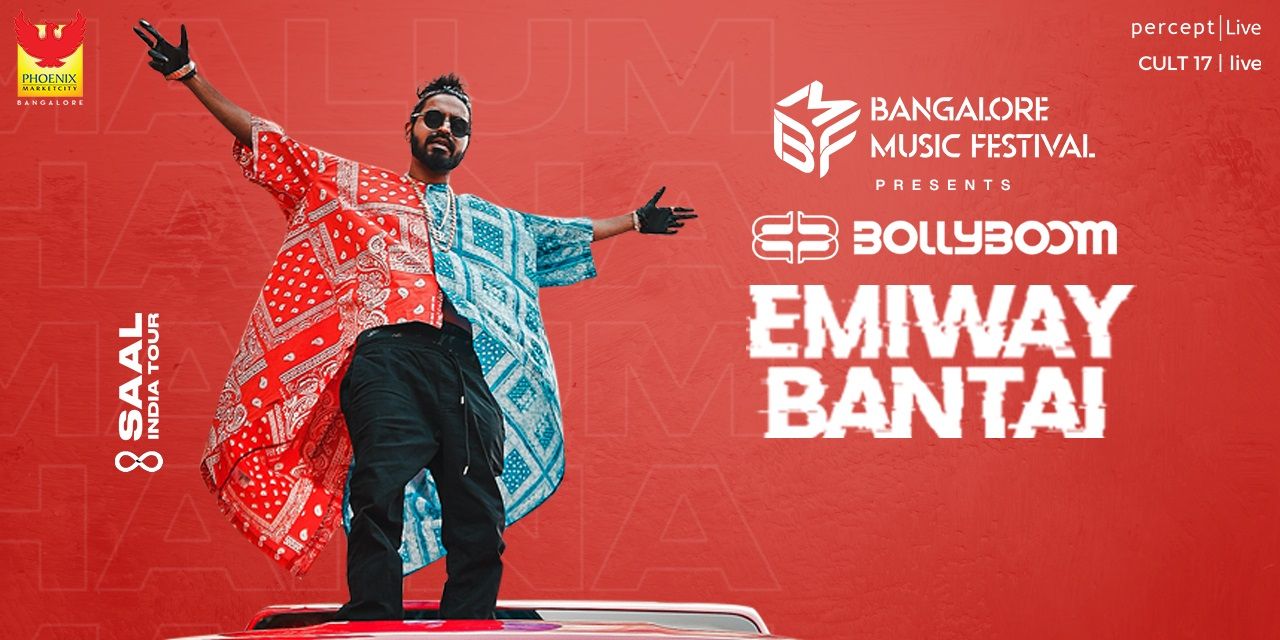 #India your favourite artist Emiway is returning to his favourite city Bangalore on 29th Oct at Bangalore Music Festival.

Get ready as the Mega hitmaker is all set for his 8 Saal India takeover with #BollyboomArena.

Emiway is an Indian rapper, songwriter, and record producer. started off releasing music in 2013 and turned out to become the biggest Independent musician in India with 3 billion + streams on his catalogue of almost 150+ songs, all Independently.

Emiway Bantai (born November 13, 1995) is an Indian Rapper and Actor based in Mumbai City. In fact, he creates hip-hop rap songs. He also owns a self-titled YouTube channel. Usually, he posts videos and songs on his channel. The 22-year-old Star is the independent rapper of India.
Actually, Bantai makes his lyrics original and control his art. Earlier, he did not know about rapping. Many people criticized him. Later on, his friends supported to start his career as a rapper. He composed songs such as Emiway and Kadak Ban. Moreover, he makes music videos for his fans every month.

1. Tickets once booked cannot be exchanged or refunded

2. An Internet handling fee per ticket may be levied. Please check the total amount before payment

3. We recommend that you arrive at-least 30 minutes prior at the venue for a seamless entry

4. It is mandatory to wear masks at all times and follow social distancing norms

5. Please do not purchase tickets if you feel sick

6. Unlawful resale (or attempted unlawful resale) of a ticket would lead to seizure or cancellation of that ticket without refund or other compensation

8. These terms and conditions are subject to change from time to time at the discretion of the organizer