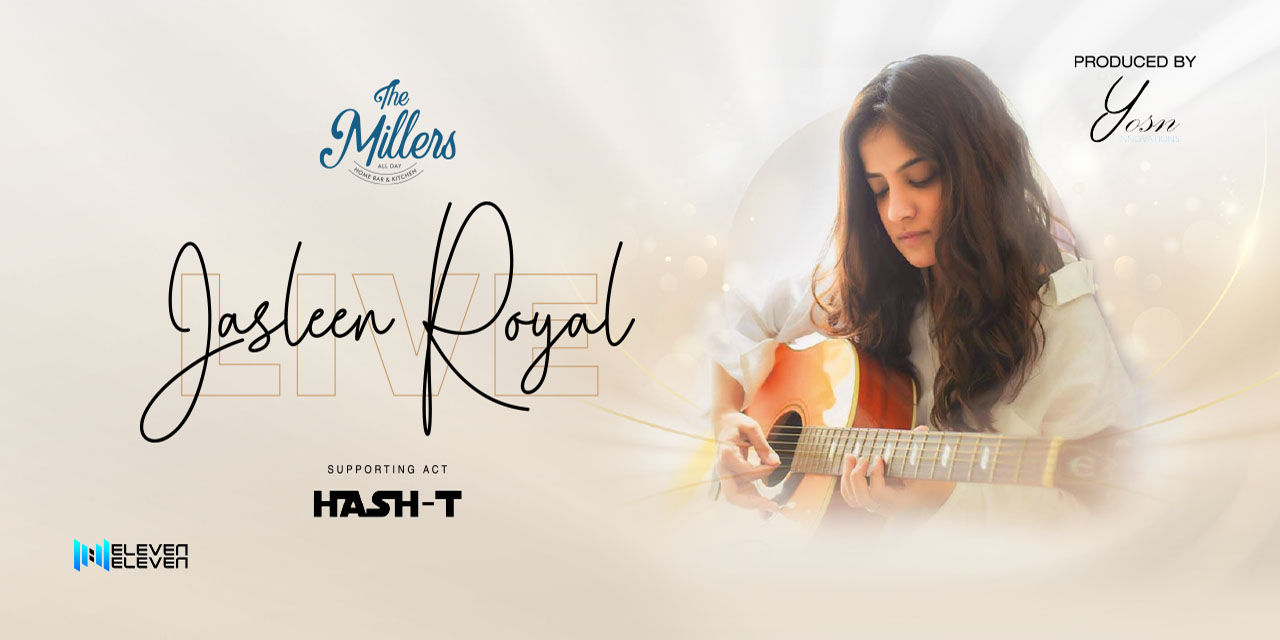 The Millers Homebar & Kitchen In association with YOSN Events presents Jasleen Royal Live in Concert on 2nd Dec 2022 at Millers in Pune.

Jasleen Royal made her mark through her signature melodies and a very soulful and distinct voice
She can collectively play the guitar, mouth organ, flute, and tambourine while singing.
In a short span, the gorgeous and extremely talented Singer-Composer Jasleen Royal became a household name, delivering other hits including Kho Gaye Hum Kahan, Din Shagna Da, Love You Zindagi, the recent chartbuster Ranjha and many more.
She has proved herself scoring for Hindi films as well as her independent outings like Nit Nit and Sang Rahiyo. She also got a lot of appreciation & won hearts for her recent most collaboration song with Arijit Singh in Runway34 for the song Mitra re.

Hailing from Ludhiana, Punjab, Jasleen Royal is a singer, composer, and lyricist. In 2013, she received an award for the Best Indie Song at the MTV Video Music Awards, India. She made her singing debut in Bollywood with Sonam Kapoor and Fawad Khan starrer comedy-drama film Khoobsurat, where she sang the hit song "Preet". In 2016, Jasleen lent her voice for movies like Baar Baar Dekho (2016), Shivaay (2016), and Dear Zindagi (2016). Her 2017 release as a composer includes the comedy drama Haraamkhor. Directed by Shlok Sharma, the movie stars Nawazuddin Siddiqui and Shweta Tripathi in the lead roles. She is associated with the 2018 Hindi drama Hichki directed by Siddharth P. Malhotra, which features Rani Mukerji and Asif Basra in lead roles.