Prateek Kuhad ``The Way That Lovers Do``- Kolkata 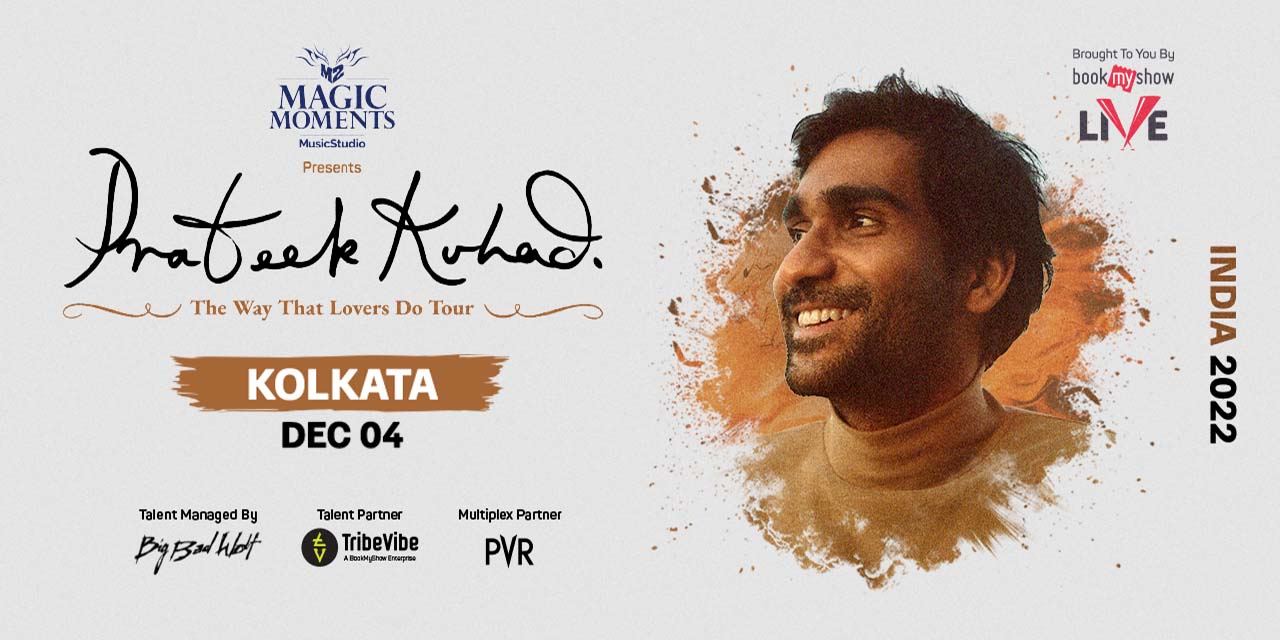 Touching hearts and spreading love wherever he goes, critically acclaimed singer-songwriter Prateek Kuhad is finally set to land in India after his global tour across the USA and Europe.

BookMyShow, India’s leading entertainment destination is bringing the global pop sensation’s most-awaited ‘The Way That Lovers Do Tour’ to 15 cities across the country.

Singer-songwriter Prateek Kuhad first rose to prominence when he won the iTunes Indian Indie Album of the Year Award in 2015. He has since gone on to establish himself as one of the most recognisable indie musicians from the subcontinent among the international audience, having toured in the US, Australia, Singapore, Canada and UK. In 2016, Prateek also won the award for Best Indian Act at the MTV Europe Music Awards.

Besides these, the musician has also made his mark in Bollywood through his work in movies like Baar Baar Dekho (2016), Gurgaon (2017) and Lust Stories (2018). Among Prateek`s most recent film credits is the comedy-drama Karwaan (2018), for which he served as a songwriter, composer and singer.