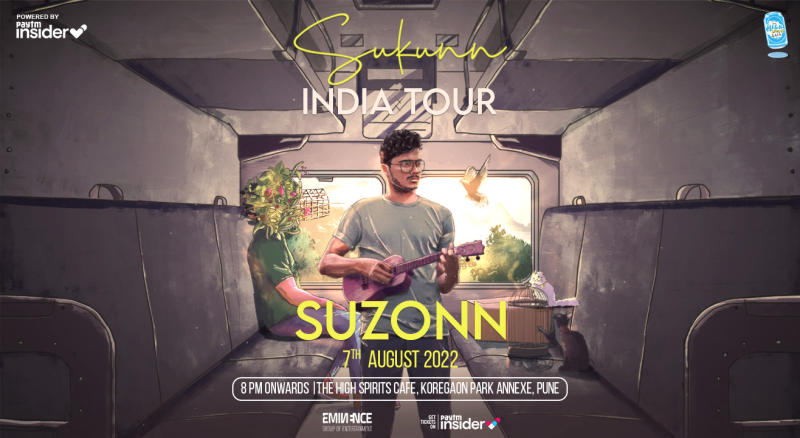 Sukunn India Tour by Suzonn is the first ever tour, which is immensely special. 'Sukunn' is a fan-given name and this word has been an integral part of Suzonn's journey. The tour's poster is a combination of artworks of his songs so far. He mostly tries to pick something from nature and fuse in it to take out of it. So, this time everything that's included in the poster is a part of this tour. His tour will give pure Sukunn and you will feel that in your heart through his songs and performance. Come around and hum & sing along with him to celebrate his songs, Live!